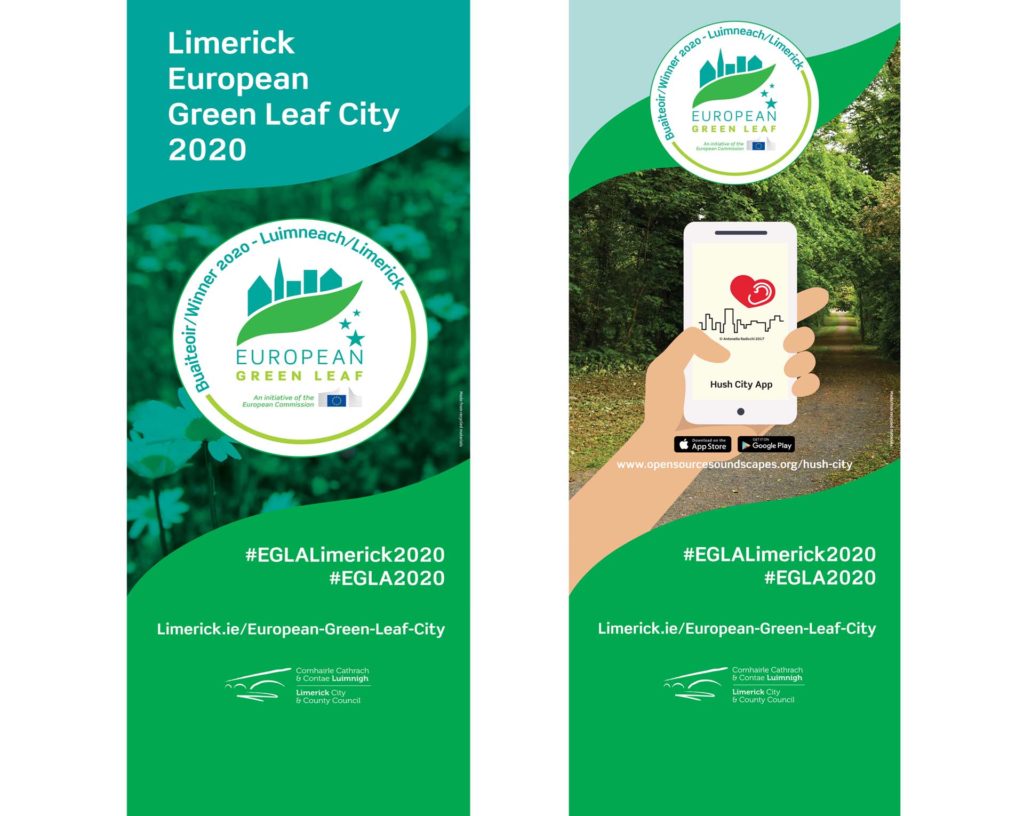 Images of the pop-ups created by the City of Limerick for promoting the use of the Hush City app within the context of the Limerick European Green Leaf City 2020. Image Source: (C) City of Limerick 2020.

Limerick was awarded the title of European Green Leaf City 2020 (along with Mechelen, Belgium) in recognition of the city’s commitment to better environmental outcomes, with a particular accent on efforts that generate: green growth, new jobs, improved air and acoustic quality in the city, sustainable mobility, energy districts and smart neighbourhoods.
An ambitious programme of environmental events is planned for 2020 in Limerick and Hush City will be proudly part of these European Green Leaf Events!

On Wednesday 3rd June 2020, Dr. Arch. Antonella Radicchi of the TU Berlin Institute for Urban and Regional Planning will be leading a soundwalk for citizens in Limerick which builds on the promotion of the Hush City app in Limerick. The participants will be guided in a soundwalk through quiet areas in Limerick and invited to collect data using the Hush City app. The walk will last approximately 1.5 hours, including an introduction to the activity and a final group discussion with the participants.

Meeting point: at the People’s Museum at 6PM.