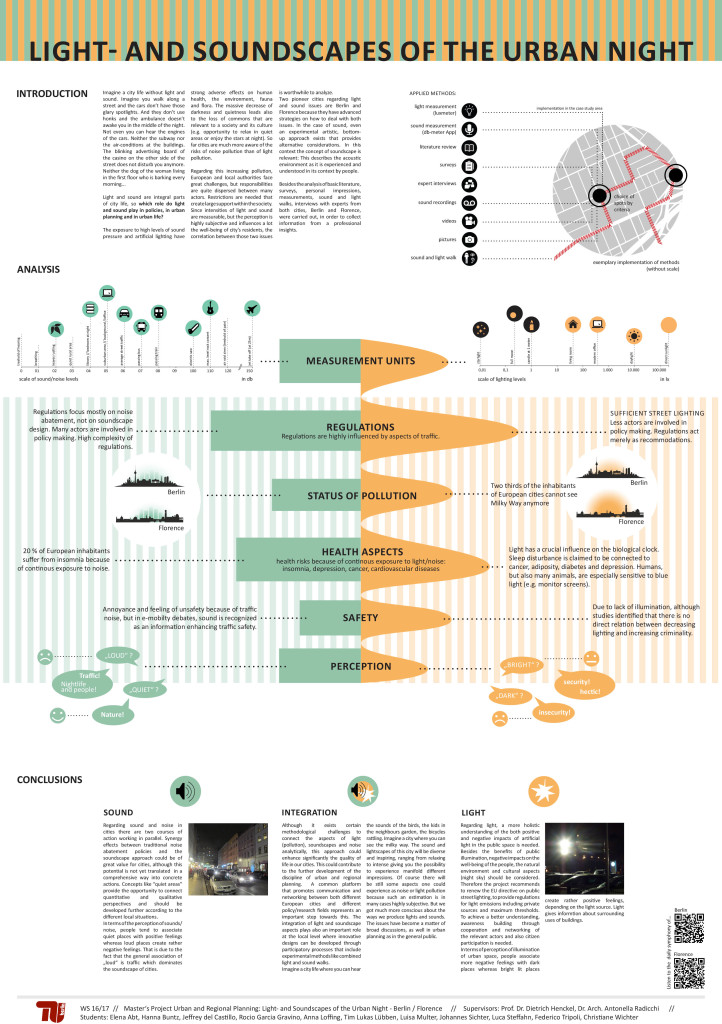 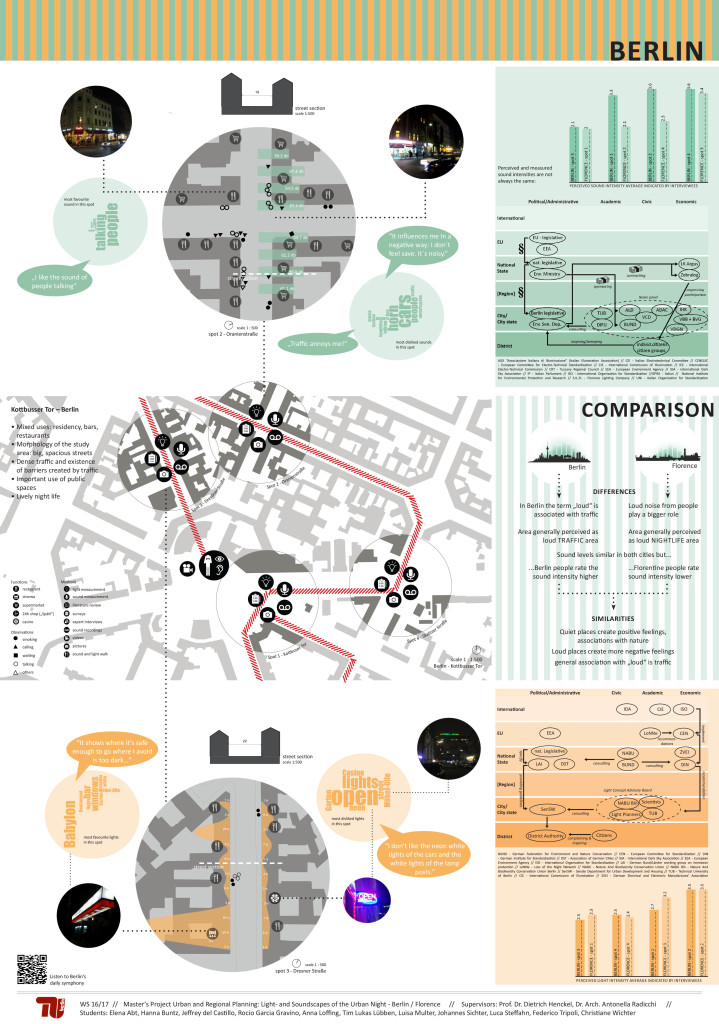 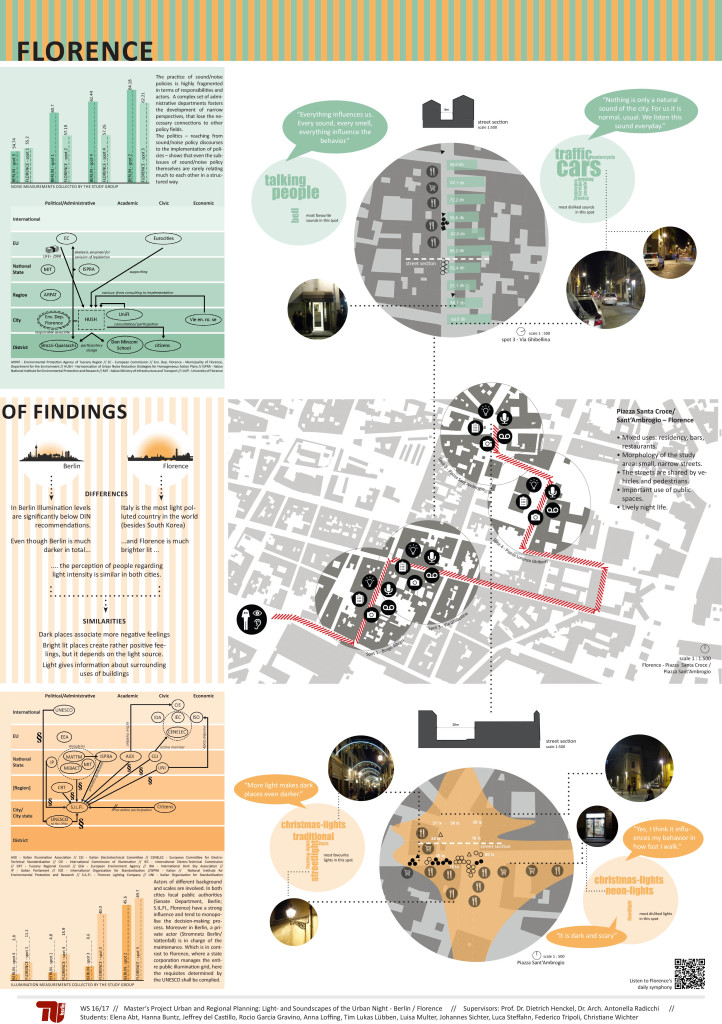 Soundscapes and Lightscapes of the Urban Night. Berlin/Florence
Quietness and natural darkness are becoming ever-scarcer goods in cities, especially at night. Therefore, cities have been developing policies and strategies to reduce and mitigate the impact of light and noise pollution at night on human health, quality of life and wellbeing of citizens. Nevertheless, light and sound are rather more complex and ambivalent issues to deal with. Noise, as the negative side of sound, is definetely present in urban planning, as it is the case of light with its positive attributes, even if to a lesser extent. Vice versa, the positive side of sound is much less investigated, as are the negative aspects of artificial light. Moreover, sound and light have in common that they both have quantitative features – such as sound pressure levels and lighting levels – and qualitative ones, which are mediated by individual perception. However, the lack of methods to evaluate the impact on citizen perception in everyday life and the lack of integrated approaches to city pollution are still considered as demanding issues.

Against this background, the “Soundscapes and Lightscapes of the Night. Berlin/Florence” project aimed to fill this gap of methodological knowledge proposing a new experimental, integrated approach to the issues of light and noise pollution at night, through a comparative pilot study conducted in the cities of Berlin and Florence.
In the pilot study, we experimented with a mixed approach, integrating qualitative and quantitative methods. First, we made combined light- and soundwalks in the pilot study areas in Berlin and Florence – a combination, which had not yet been performed, as far as we know. Whereas soundwalks have a rather long history with a consistent body of literature and examples of practices, lightwalks are a much younger phenomenon. Therefore, theory and practice of soundwalking was taken as a reference for defining the new method of light- and soundwalk. Based on the experiences of these combined walks, in the pilot study areas four hot spots were identified where further qualitative analyses were undertaken, such as experimental measurements of sound and light levels, and surveys with passers-by in the street. An extensive analysis of the respective policies and political and legal frameworks in both cities were also conducted by the means of literature review and expert interviews.

The results show very remarkable differences between both cities and prove the great potential of an integrated analysis of quantitative and qualitative data, especially by taking citizen perception into account. These potentials warrant further research.