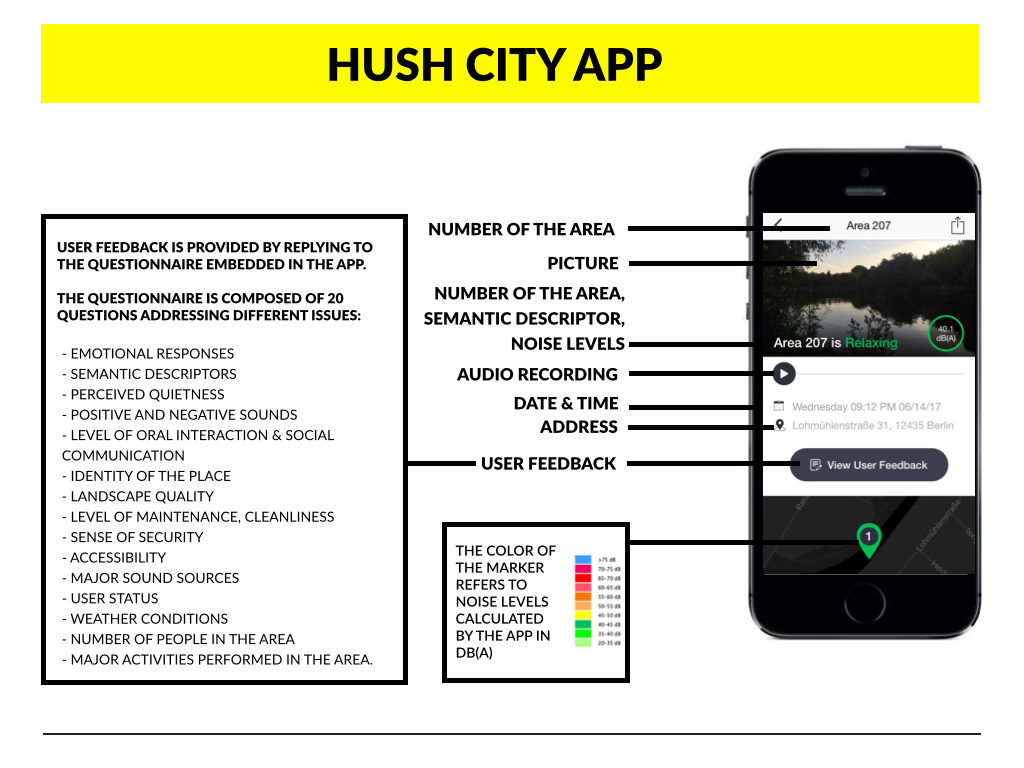 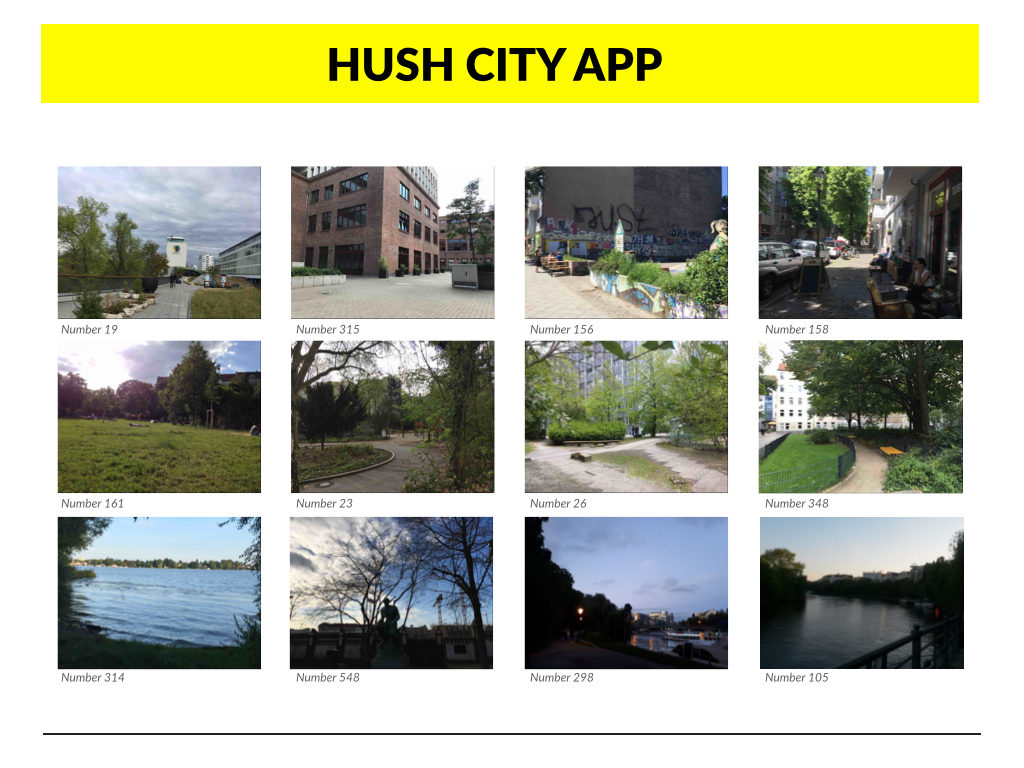 Hush City is a free, citizen science mobile app, which empowers people to identify and assess quiet areas in cities as to create an open access, web-based map of quiet areas, with the potential of orientating plans and policies for healthier living, in response to issues framed by European environmental policies (e.g. the EC END 49/2002).

Our cities are becoming noisier by the hour. Only in Europe, over 125 million people are affected by noise pollution from traffic every year (EEA 2014), and apparently, quietness is becoming a luxury available only to a few of us. By using this free mobile app, you will contribute to making quietness available to all those who appreciate it and you will generate open data, which can be exploited by policy makers and planners to monitor and protect the quiet areas crowdsourced.

Hush City app will help you to identify, access and evaluate everyday quiet areas in your neighborhoods. You can find places such as small, quiet spots where you can go to escape the city’s chaos, relax, read a book, play with your kids, and have a pleasant conversation.

Launched in 2017 within the context of a pilot study in Berlin, Hush City is now used internationally and available in 5 languages: English, German, Italian, Spanish and Portuguese.

Join the Hush City community. It is simple!

Or, use the app to find a quiet spot near to you. Go to it and enjoy spending some time there.

* Please be aware that noise levels measured by the mobile app, may not be entirely accurate, depending on which smartphones are used, weather conditions and other factors.

SEE WHAT HUSH CITY CAN DO!

Watch the Hush City Teaser here. This video was made by Limerick City & County Council, with the support of the EPA.

Using the Hush City app, you can: